Trump is the favorite to win the 2024 Republican nomination. These are scary words for Democrats and moderate Republicans alike.

The 2024 Republican primary will be a bloodbath and a fight for whether the party doubles down on Trumpism or rejects it and moves in a new direction. My money is on Trump or someone from a similar vein to win the nomination.

His die-hard base is so strong and so blindly loyal (46% approval as of end of October), that it’s hard to see them moving on to support something other than Trumpsim.

Note: I don’t have an action step for this specific post but if you want to make a difference in the Georgia run-offs, consider donating $5+ to Fair Fight (Stacy Abrams’ organization that has been credited with registering 800k+ new voters in GA over the last two years).

1) What The Betting Markets Think 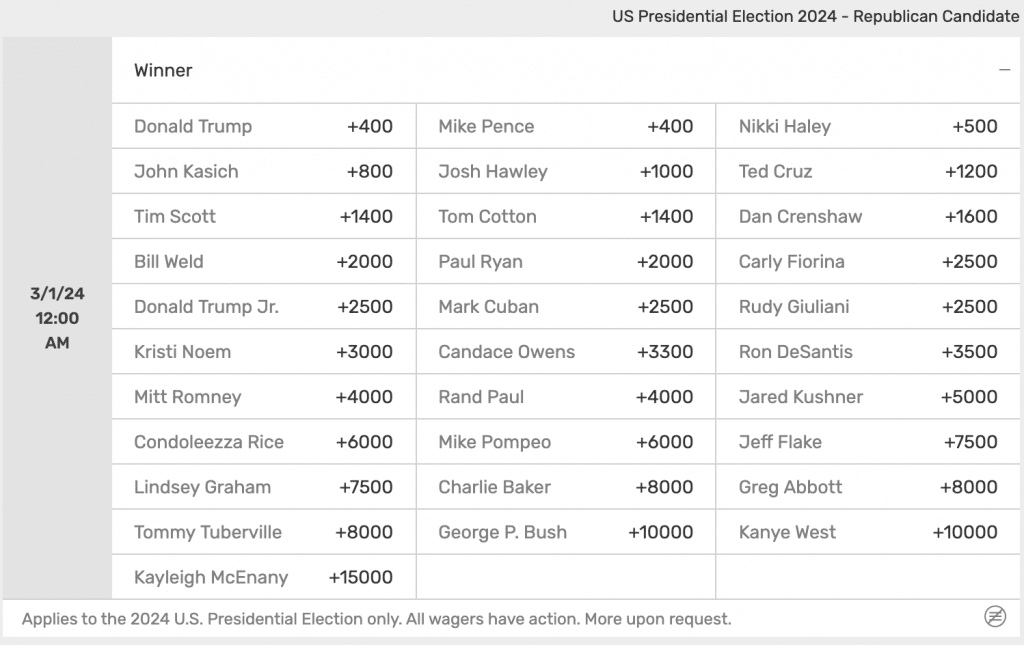 I’m reposting this writeup from a random Reddit user because I found it insightful and interesting. I suspect you’ll also enjoy reading it!

Gaetz is a total troll, which might help him capture the extremely important “own the libz” demographic. He will also have had 8 years of experience in the House by the 2024 election, which gives him some traditional credentials that other “own the libs” candidates might not have. That being said, going from the House to the White House is hard, and I’m not sure Gaetz is the one to do it.

Tom Cotton’s personal brand of politics is Trumpism, but with a veneer of intellectual seriousness. Cotton is a Harvard graduate, an Iraq War veteran, and will have been a Senator for 10 years by the next election. On paper, Cotton has it all. In reality? Cotton has the charisma of a wet paper bag. That being said, it’s obvious that he’s going to run. If he can find a way to market himself just right, he might have a fighting chance.

In the event that Donald Trump himself does not run, Trump Jr. is the natural heir to his father’s political career. Trump Jr. lives and breathes the “own the libs” mantra, and in extremely early polling of the 2024 primary, tends to poll pretty well. But will the GOP voters of 2024 be sick of Trump, his family, and Trumpism? That remains to be seen.

Rubio crashed and burned in 2016, becoming the ultimate “great in theory, bad in execution” candidate. Let’s face it: Rubio is young, handsome, Hispanic, experienced, and from a swing state. He’s got everything it takes on paper. But can he get past some of the awkward flubs that tripped him up last time around (“Let’s dispel with this fiction that Barack Obama doesn’t know what he’s doing…”, anyone?). A big plus for Rubio is Trump’s 2020 performance with Hispanics, which might mean that more practically-minded GOP voters will be taking another look at a Cuban like Rubio.

But there’s another young Cuban Senator whose chances are just a little better than Rubio’s, and that’s Texas Senator Ted Cruz. In the 2016 primary, Cruz came in second right behind Trump, and since then he’s done all he can to keep his name in the news. Practically-minded GOP voters might flock to him for the same reason they might flock to Rubio, while staunch conservatives might flock to him because of his hardcore conservative credentials. The main downside for Cruz is that he’s never been Mr. Popular. But how much will that matter in 2024?

A former VP runs in a crowded primary against more charismatic candidates who the media believes to have a better read on the pulse of the electorate and ends up winning the primary. If this sounds familiar, it’s because it’s the Joe Biden playbook, and it could very well be the Mike Pence playbook if he decides to run. Pence isn’t a fountain of charisma, but his name-recognition is as high as can be, and as the VP, his ties to Trump and Trumpism are as strong as can be. Additionally, Pence can walk the line between Trumpism and more traditional conservatism rather easily. But can Pence overcome his rather…stiff…persona? Time will tell.

There is nobody, with the exception of Donald Trump, who has a better read on the conservative base than Tucker Carlson. Carlson has an extraordinarily popular TV show, legions of fans and followers, the right “Trumpism before Trump” credentials, charisma, and youth. If Carlson were to actually announce a run he would probably be my #1 pick. But as of now, the only thing keeping him at #4 is that I somewhat doubt he would actually run. He seems to have way too much fun doing his TV show to mount a bid for the nation’s highest office. But if that were to change…

If Trump is healthy, if he isn’t bogged down in lawsuits and criminal charges, if he even wants to run, then come 2024 Trump will be an absolute force to be reckoned with. He has a cult-like following among the conservative base that I can’t see disappearing all too soon, even with his loss. The main questions that keep him from being higher on this list are whether he’ll be healthy enough, whether he’ll be free enough, and whether he would really want to.

Take everything that I said about Tom Cotton, and then give him good looks and charisma, and that’s Josh Hawley. Hawley is handsome, credentialed, well-respected among both the conservative base and the more traditional establishment, and a man who knows how to make a national presence for himself. If he runs, and I fully expect him to, then keep your eyes on him.

Maybe Haley is too obvious for the #1 slot. Maybe she’s too establishment. Maybe she’ll end up as the answer to Rubio 2016, the candidate who looks amazing on paper but implodes under pressure. Or maybe not. Maybe Haley’s gender and ethnicity are what GOP voters see as a way to reach a base that many see as too white and too male. Haley is a talented and charismatic politician, who, much like Pence, can deftly walk the line between the worlds of Trumpism and more traditional conservatism. Maybe she’ll burn out. But as of right now I see someone who could be a winner.

And some people who, almost certainly, will NOT be the 2024 nominee:

Little name recognition, and I don’t see that changing all too much between now and 2024.

Too moderate, too anti-Trump.

He’ll probably run, but what is the “Pompeo base”? Trumpists? Neo-cons? Bland establishment types? Values voters? I really don’t know.

The “pseudo-libertarian” thing has an audience, and it is not a large one.

Not after appearing at the DNC, I’ll tell you that.

His approval ratings have cratered with his lackluster COVID response, and I don’t see people forgetting that.

Would probably be the best president among everyone on this list, which is exactly why he won’t be the nominee. Also, little charisma.

An interesting pick. He might have what it takes to be an A-tier candidate, but I don’t think he currently has the national profile. Also, just like what I said about Matt Gaetz, going from the House to the White House is really hard.

Graham ran a horrible campaign back in 2016. But now, four years later and a political makeover, and Graham has suddenly gained a ton of clout in the Republican world. Will he be able to turn that into a successful run for the White House? Consider me skeptical. Graham has a reputation for being insincere (like his complete 180 on Trump), and he only won re-election by 10 points in a blood red state in a mediocre year for down ballot Democrats. Also, although I’m not sure how much of an issue this could be, the fact that he’s unmarried and never has been married may be an issue for the primary, particularly if enough voters suspect he’s gay. 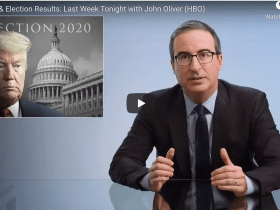